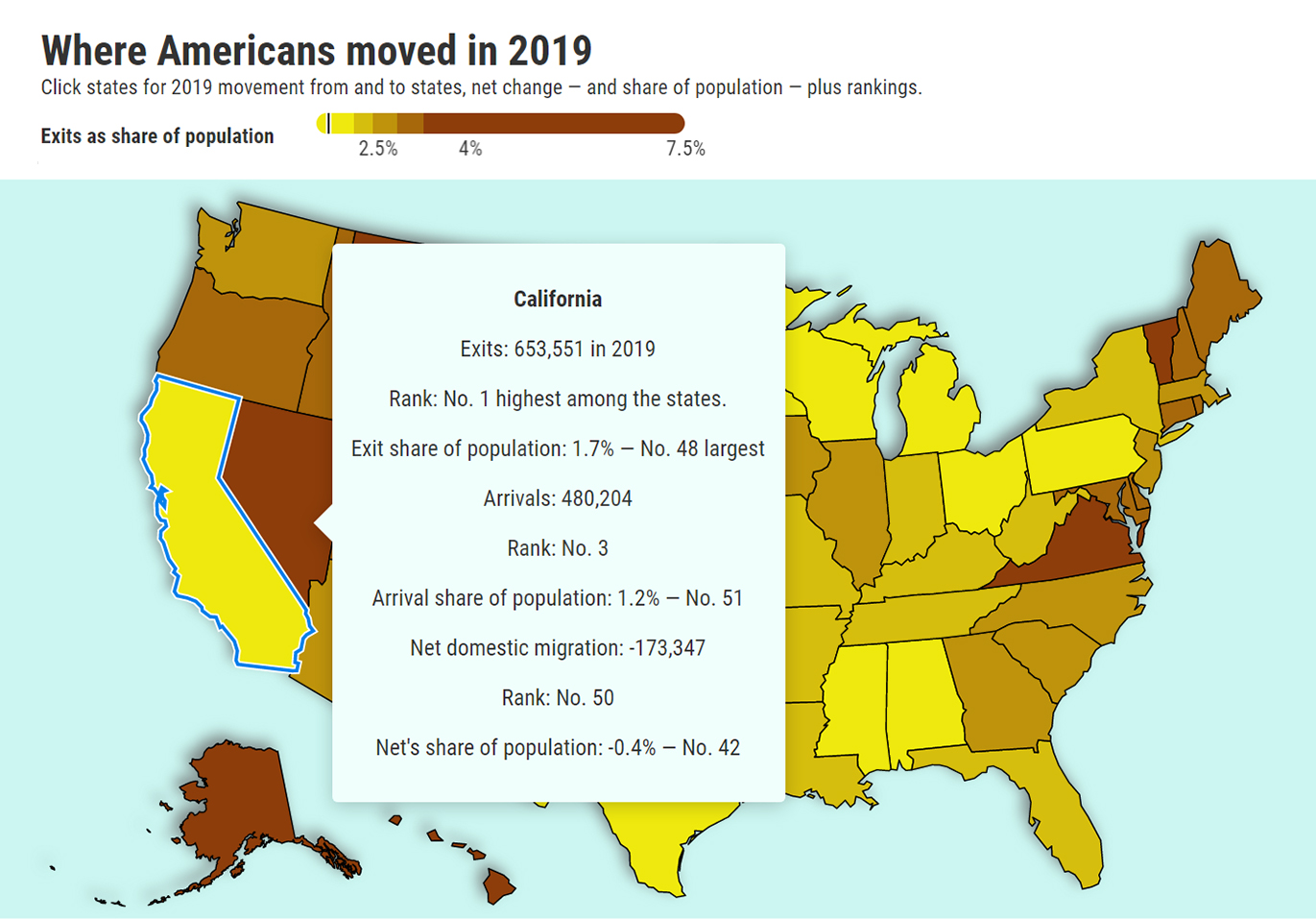 Despite all the talk about a California exodus, 5.4% fewer people left last year for other states — the first decline in eight years, new census stats show.

The annual state-to-state migration report shows 653,551 people left the state, the largest exit count among the states in 2019. But my trusty spreadsheet tells me this is a 37,594 drop from 691,145 in 2018. It’s the first decline in eight years and the fewest exits since 2015. Only Missouri had a bigger dip last year.

I say this each year this migration data is published: Scale matters when you look at California exits compared with other states.

Of course, everybody knows someone who left — and 2019’s exits included my daughter. But when you ponder that large raw number of exits from the state, you must also consider California is the most populous in the nation with 39 million residents. Its departures last year added up to only 1.7% of that population. Think of it this way: 98.3% of us are still here. Only two states — Michigan and Texas — have seen a better retention rate.

Why fewer departures in 2019? The state’s hot economy — if you can remember that far back — was certainly one reason California kept folks. But its sky-high cost of living — a challenge that nudges some to depart — certainly scares off other Americans from relocating to California.

And while only two states took in more new residents in 2019 — Florida and Texas — California’s arrivals represented just 1.2% of its huge population. That’s the worst attraction rate in the nation. You see, the natural beauty, grand weather and dynamic economy may lure tourists and techies — but it draws few Americans as a place to live.

And even with the state’s huge population, this net migration loss on a per-capita basis was the ninth-worst.

California’s inability to attract new residents from other states helped shrink the state’s overall population count — this census report tracks residents above age 1 — by 0.1% in 2019. Only 11 states fared worse.

Also note that foreign immigration to California was off 7.7% from 283,649 in 2018. The Trump administration’s hardline stance on immigrants — from tough talk to visa limits and deportations — made the U.S. a less desirable destination. Nationally, foreign immigration rose 1.5% last year after falling 11% in 2018.

Despite all the complaining about the state’s costs and crowds and politics, Californians seem like a fairly stable bunch.

Last year, a total of 4.42 million moved — going, coming or just relocating elsewhere in the state — down 3.7% vs. 2018. Nationwide, movers declined by 2.5%. It’s part of a long-running trend of folks staying in place longer.

While California did have the No.1 count of folks who changed residences, both interstate and intrastate, those shifts translate to 88.7% of the population remaining in the same place. Nationally, 86.9% of Americans didn’t move in 2019 and only four states had more non-movers — New Jersey, New York, Rhode Island and Connecticut.

But California’s leaders — government and business — shouldn’t be complacent about high stability and relatively modest outflow of population. Because if that changes — and anecdotal evidence suggests the coronavirus pandemic is pushing more Californians out — other Americans don’t seem likely to fill in such losses.

For the decade: 4.94 million California arrivals and 6.19 million departures equals 1.25 million net loss to other states. 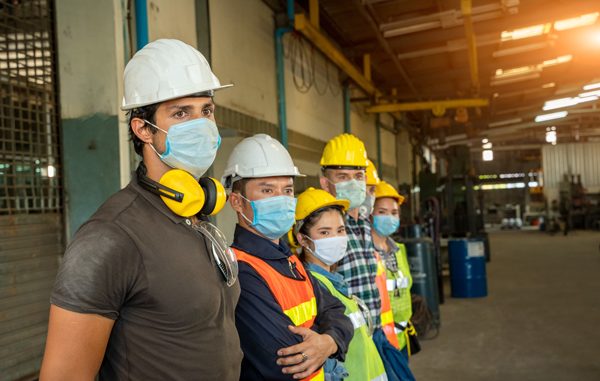 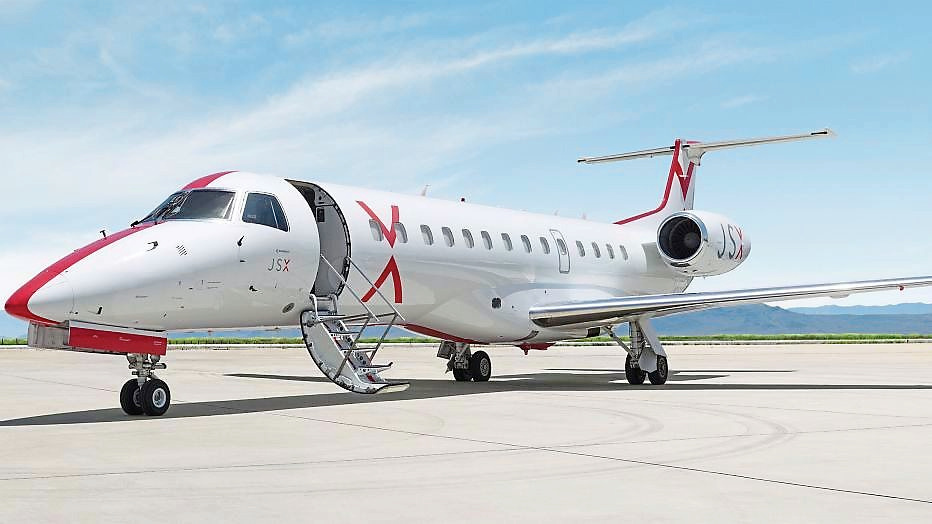